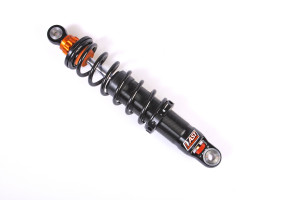 This write up shows how an adjustable shock can achieve 0.5 to 1.2+ critical damping ratios with a turn of a rebound knob.

The other day I was experimenting with the Evo’s spring rates and setups. While I had the fronts off, I decided to dyno the fronts and do several PVP plots on the dyno to demonstrate the true force the damper creates at the various velocities. While I was at it, I decided to drive a basic test loop around our industrial park that consists of some rough concrete roads. There isn’t a flat, smooth piece of concrete on the route and several sharp upheavals of concrete are always waiting around the corner. Welcome to Plano, Texas.

We always talk about what is optimal for your car based on several parameters; one used by more advanced consumers (definitely used by pro motorsport) is critical damping.

While in no way trying to debunk science, we thought about applying science to the real world. I’m a big fan of talking about what really happens when science meets the pavement. Science is great at explaining how we begin to achieve the results we want, but it is rarely as cut-and-dry as plugging in a formula, putting the results on the car, and feeling what the formula said we would feel. Sometimes you get lucky, but that’s not usually the case; this as a quick example of how you can feel changes with your adjustable shocks and what’s happening in your suspension.

We drove a loop where speeds reached 45 mph on rough concrete roads:

We used a “prosumer” Race Technology DL-1 (data logger) capable of taking inputs from a shock potentiometer (shock pot). We began using the shock pot for testing on the Evo earlier this year and continue to use it as we develop new pistons, valving and other technologies.

The Evo offers a great test bed since it uses AST 5200s in the front and AST 4200s in the rear we can therefore try many new upgrades on one vehicle, our very large test mule if you will and the DL-1 does a good job of keeping consistency, but we can not expect it to track distance close enough to lay each plot identically on top of each other (they are slightly displaced from each other). Also, the shock displacement varies within 0.06” from each other (this shows on the graph as well).

Since we’re not in a test lab this test does not include removing interactions inherent to a street vehicle like pitch resultant from the rear axle interacting with the same bump (or different bumps) or the effects of sway bars,  all assumed to be negligible for our example. 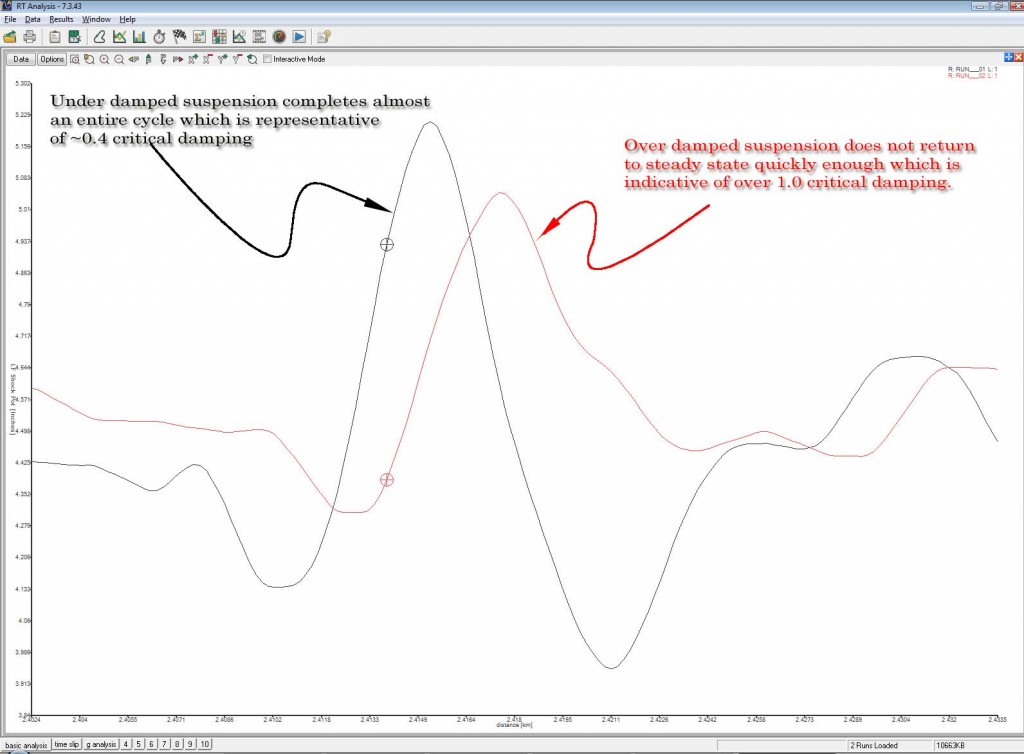 Over damped suspension does not return to steady state quickly enough which is indicative of over 1.0 critical damping.

As you can see, with this vehicle/ tire/ shock/ spring combination, we were able to go from under-damped to over-damped with 12 clicks of a knob! This represents a range of adjustment greater than required for most applications.

Now this is one bump with one certain scenario, that cannot fully describe the complete vehicle dynamics either on the street or track.

Use this as one example where science and the real world meet and work together! 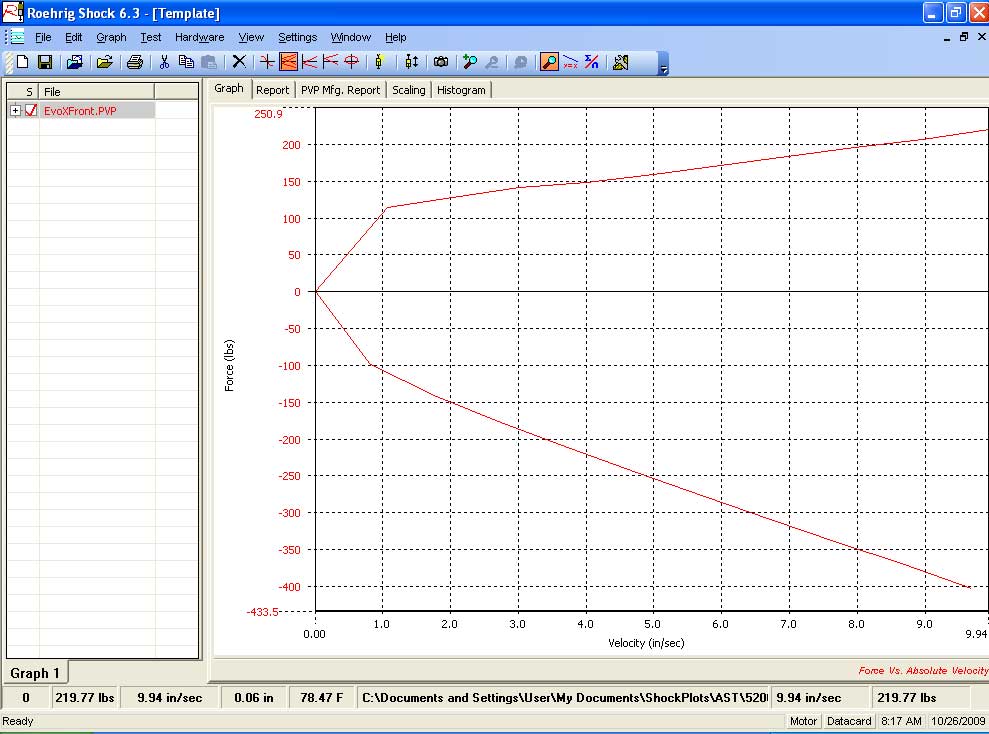 Dyno plot of the Evo’s damper prior to the test. For reference only.

Editor note: Delta Vee Motorsports LLC is an authorized AST-Moton and HVT USA dealer and has written permission to reproduce this article.